Sacred Alignments: The Spirituality and Architecture of the Solstice

For thousands of years, man has looked to the sky for knowledge, understanding, and wisdom – about who he is, what he comes from, and where he is going. Since long before the emergence of today’s major religions, worship of the cosmos formed a remarkably universal theme in spiritual practices around the world. The sky was a metaphor for ancient peoples, as “both the symbol of the principles that they felt ordered their lives and the force behind those principles.” They connected the clues above to their earthly existence, regarding the sky as “the mirror of our mind’s own eye,” a reflection of our consciousness. [1.0] Wherever ancient man set foot, he built sites to observe and measure cosmic events, and performed rituals to celebrate the intrinsic and indivisible linkage between celestial forces and the human experience. One of the most important of these events was the solstice.

Remote Sensing the Mysteries of Ollantaytambo

Look closely: many mysteries are contained in this photograph of Ollantaytambo, Peru. I took it “from the hip” during my visit to the ancient city. Only recently, while magnifying photos like this, did I discover several details that I overlooked while on site. Remote sensing at its simplest – through a telephoto lens! 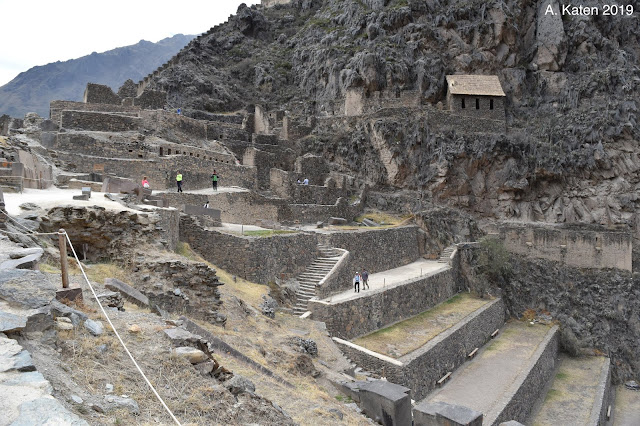 (Above) View of Ollantaytambo, looking north.

The original “wide shot” photo shows portions of Ollantaytambo’s spiritual, military, and agricultural sectors. I’ve “zoomed in” on various aspects of the image to create four, more detailed, shots.
Read more »
at May 08, 2019 No comments:

You Make Your Own Path

Okay, I admit it: I’ve taken a strange and winding path over the last few years, and now I’m totally obsessed with Andean history. When I started researching the Incas, my goal was to establish a foundation for writing a sequel to Chaturanga. But one thing led to another and now I’m making videos and posting about ancient architecture, mythology, metaphysics, and geocosmic alignments. 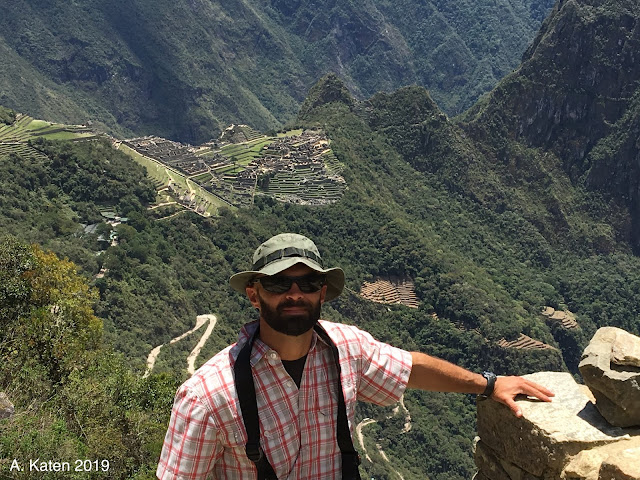 What happened, you ask? Consuming books and delving back through ancient texts, I’m both shocked and fascinated by how little we truly know about our past. The linear version of history that I was taught in school – largely based upon huge assumptions, yet which I accepted without a second thought – is rapidly being disrupted by new discoveries and theories. The more I learn about ancient Peru (and its counterparts around the world), the more I appreciate that history is, indeed, a vast and mysterious frontier for the modern-day explorer.

Llaqtallaqtayoc: A Little-Known Ruins in the Sacred Valley of Peru

In southern Peru’s Sacred Valley, on a mountain west of the ancient city of Ollantaytambo, lie the ruins of several stone structures. The original name and purpose are not known, but this site may predate the Inca Empire. Its proximity to the ancient rock quarry of Cachiqata has inspired a theory that these buildings once served as an administrative office, or perhaps as a school for masons. Long before the Spanish conquistadors arrived in the 1530s, Andean stoneworkers may have come here to learn the arts of toolmaking, stone-splitting and shaping, as well as methods for transporting and setting these gigantic blocks. In this video, I explore what is left of this complex and how it may have supported construction activities at Cachiqata and Ollantaytambo.

My guide explained that this site is known by two names. The first, Llaqtallaqtayoc, means “big place” or “big town.” However, judging by the small size of this ruins, that name doesn’t seem to apply, unless it’s actually a reference to nearby Ollantaytambo. Or maybe the name had been altered over many centuries. Was it originally called “Llaqta camayoc,” which is Quechua for “village administrator,” in reference to its role as the quarry’s administrative office?

The Moonstone Trek: Part 4 - Into the Sacred Valley

After crossing the Accoccassa Pass in early-afternoon, our party headed down into the Chancachuco Valley to make camp. As the condor flies, we had only advanced 5 miles today. But we’d traveled up and down thousands of feet in elevation, back and forth along countless switchbacks, all the while gasping for oxygen in the thin air. This certainly wasn’t the most difficult climb of my life, but it wasn’t exactly a walk in the park, either. (Click HERE to read Part 3).

The several hours I spent crossing the Chancachuco Valley rank among my favorite during the Moonstone Trek through southern Peru. Falling back from the rest of my team, I found myself alone in a vast and breathtaking landscape of glacier-topped mountains, colorful alpine slopes, clear running streams, and the occasional herd of llama and alpaca.
Read more »
at January 21, 2019 No comments:

The Moonstone Trek: Part 3 - Heading for the Pass

Morning broke in the small hamlet of Chillipahua to the tune of whinnying horses and canvas flapping in a gentle breeze. I stepped out of my tent into the cold air to survey my surroundings. As the shadows retreated from the rising sun, our cooks began preparing what I knew would be another amazing meal, thus giving me time to collect my gear and my thoughts for the upcoming day.

This was day two of my Moonstone Trek through southern Peru, which began near Huaracondo and would end at the mountaintop citadel of Machu Picchu. During the previous day,
Read more »
at December 18, 2018 No comments:


After leaving the market town of Huaracondo (click HERE to read/watch Part 1), my van threaded its way through the winding mountain roads toward the trailhead. I was excited to get out and start my adventure through the Andes Mountains to Ollantaytambo.

At the trailhead, I met my muleteers. These guys were amazing. They transported my supplies across the rugged land and cooked